Over the summer, I started to notice that Simon was sitting really close to the television. And anytime I asked him what time it was, he had to walk right up to the microwave to see the clock.

While he never complained of headaches or not being able to see well, I knew it was time to get his eyes checked.

I reached out to family and friends for advice, and several people suggested that we try Visionworks, so I was thrilled to partner with them to share what we learned at Simon’s first eye appointment and (spoiler alert!) getting him glasses. 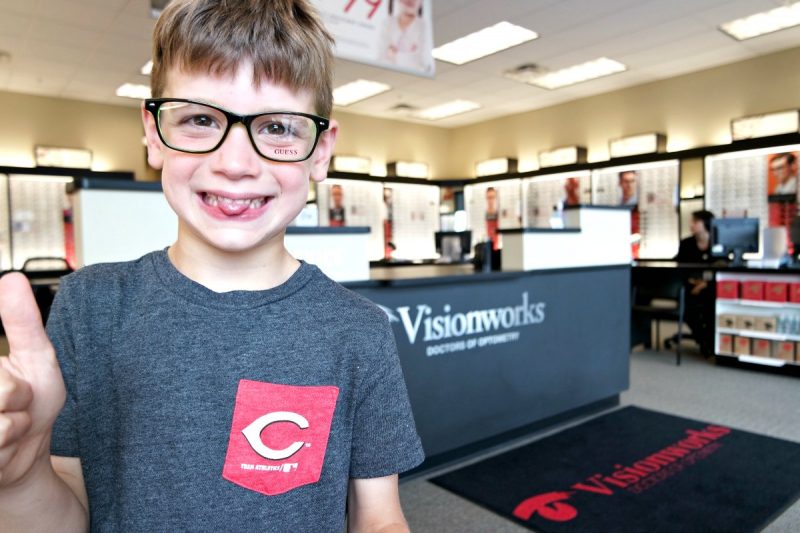 At first Simon was adamant that he was NOT going to the eye doctor and that he did NOT need glasses. But all of that changed when he saw his favorite Paw Patrol characters talking about the importance of back-to-school eye exams at Visionworks. 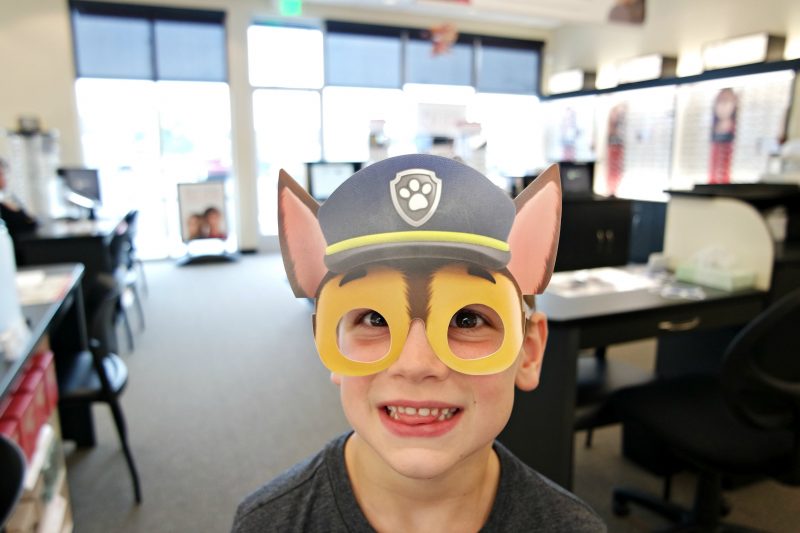 At Visionworks locations nationwide, children who have completed their annual eye exam between now and September 3rd will receive a goodie bag, which will include a themed activity sheet, a box of crayons, a sticker sheet and a Paw Patrol character mask. Click here to learn more.

After going through the entire back-to-school eye exam process and getting glasses for Simon, here are a few things we learned if you think your child might need glasses. 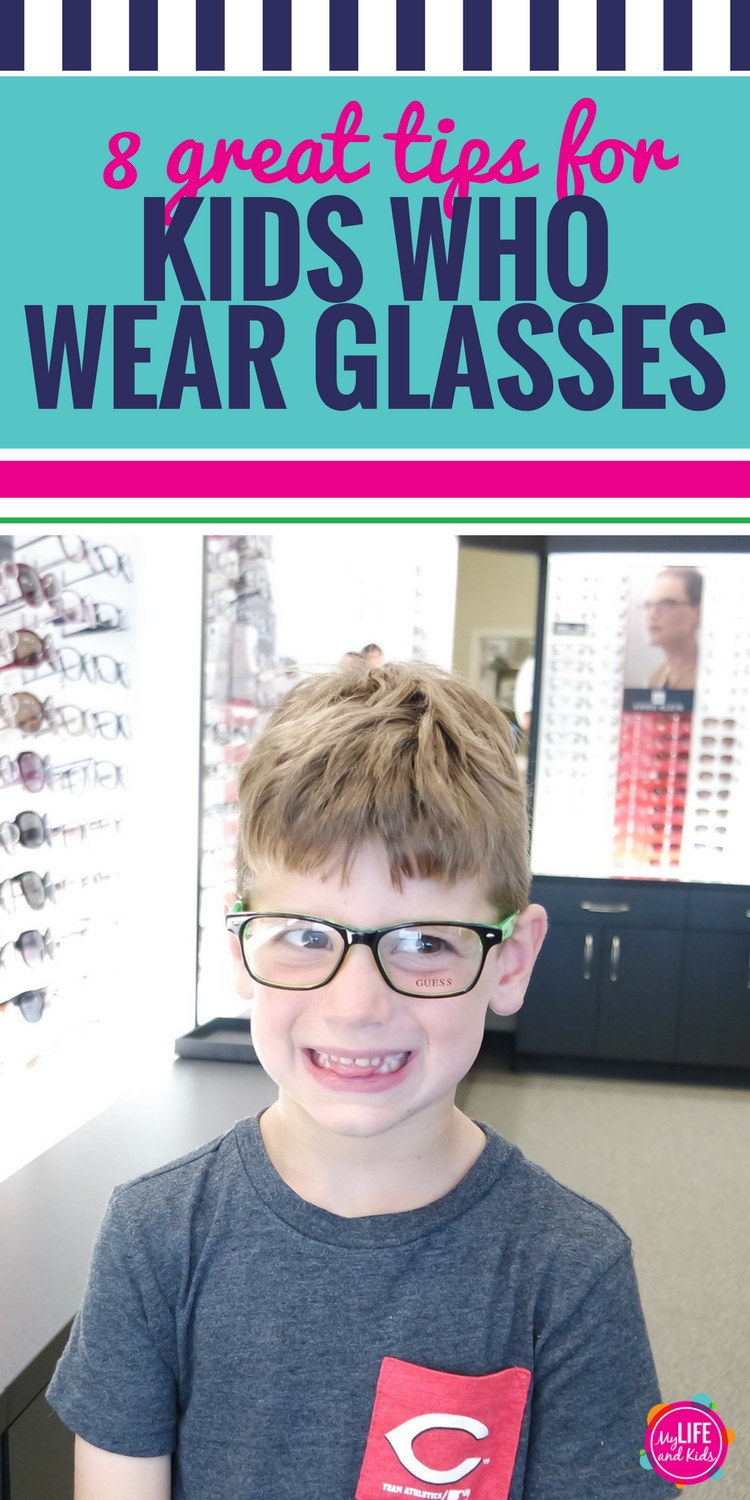 Find a place that caters to kids

Simon and I went to Visionworks, and we were not disappointed. The staff was cheerful and friendly, and they had tons of glasses for kids. 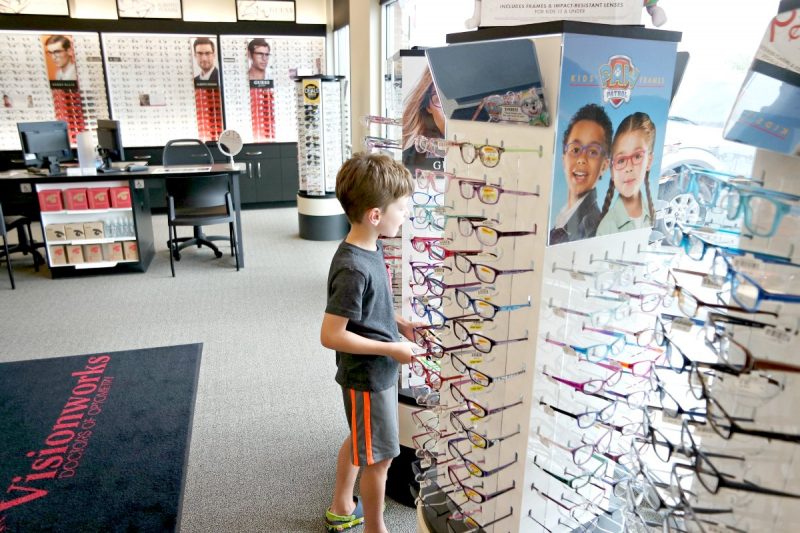 Simon was especially excited to see that they had an entire line of Paw Patrol frames designed and distributed by Nouveau Eyewear. 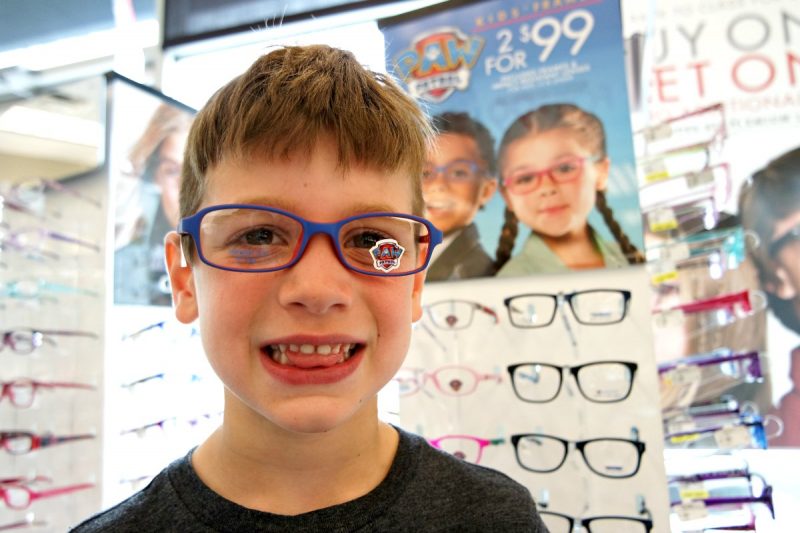 Rocky is his favorite Paw Patrol character, so I thought for sure he would be choosing the first frames he tried on. But he didn’t. (More on that later.)

Visionworks is passionate about offering its youngest customers a positive and fun experience at the eye doctor. The Paw Patrol pups and the Visionworks team will show kids that coming in for a back-to-school eye exam isn’t scary at all.

Let your child know that what to expect during the exam

Simon was pretty nervous before his exam, so I let him know that he might be in a dark room, that the doctor might ask him to look through funny glasses, and that he might have some drops put in his eyes. 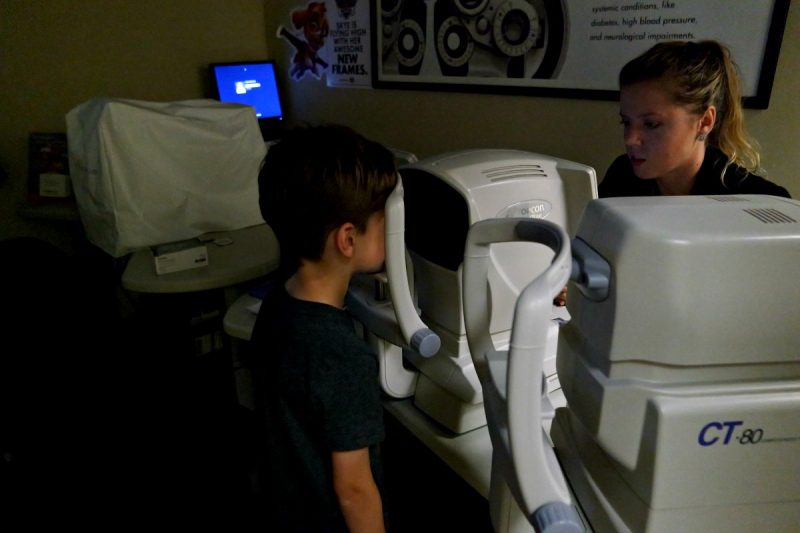 I also assured him that I would be with him the entire time. Simon is usually up for just about anything as long as he knows exactly what to expect.

After the exam, he said he was excited because he didn’t have any drops put in his eyes. 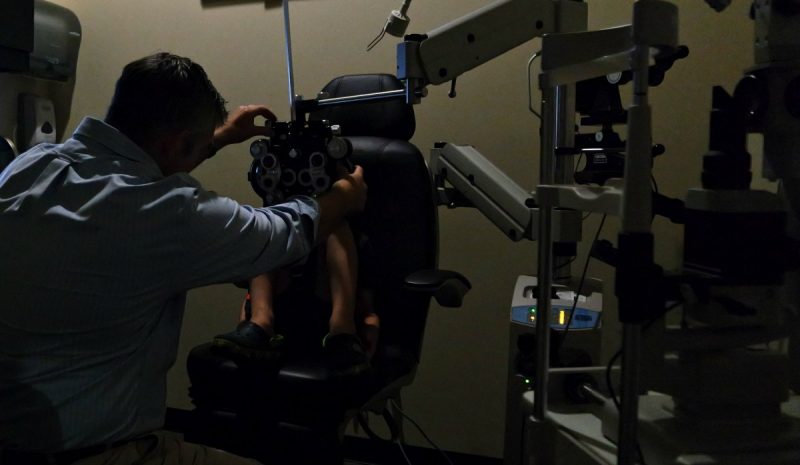 I was just thrilled that the optometrist worked so hard to make sure that Simon felt comfortable.

I really wanted Simon to sit properly in the chair (ahem), but the doctor assured me that it was okay to let Simon be Simon. 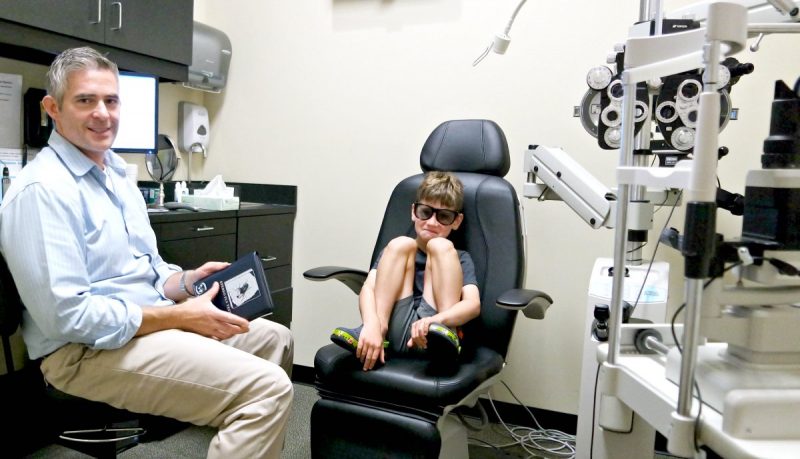 Give your child plenty of time to try on glasses

Once we got the official news that Simon definitely needed glasses, I thought he’d go right back to the Paw Patrol frames that he was so excited about. 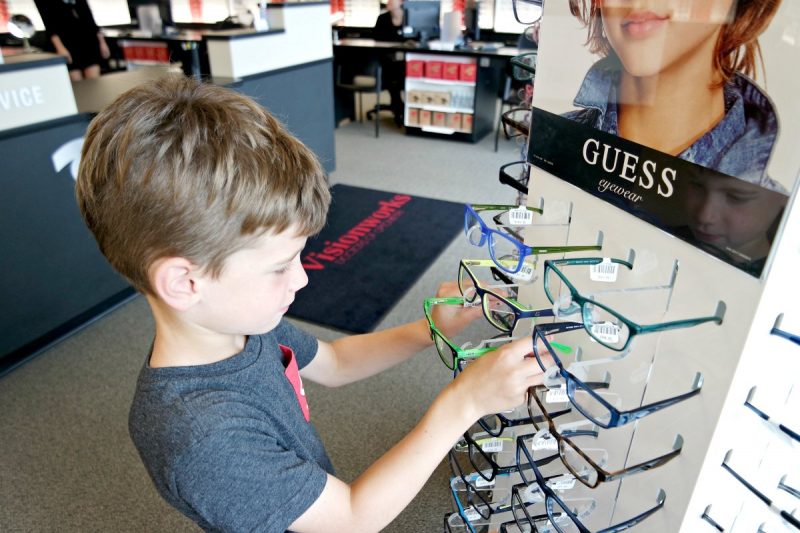 But in the end, he really took his time finding the exact right pair. They’re green, and he loves them. 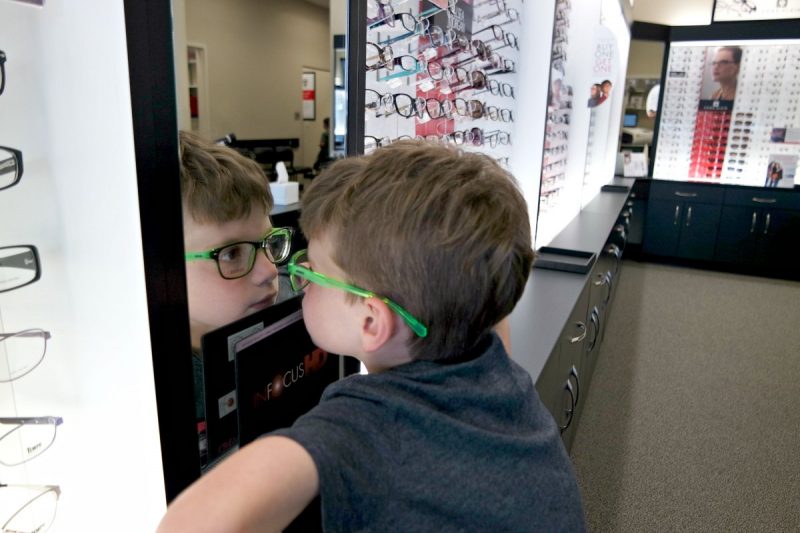 Don’t Make Them Wait (if you can help it)

I was so glad that Visionworks was able to fulfill our order within an hour because Simon didn’t want to wait a single second to get his glasses. And I didn’t want him to lose a drop of that enthusiasm and excitement for glasses! 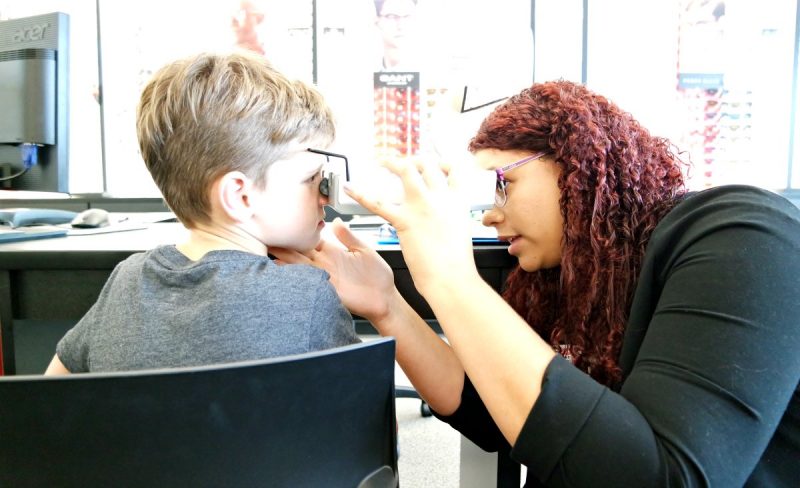 They did a quick measurement for glasses, and then we ate lunch and colored some of the fun goodies from Paw Patrol goodie bag. 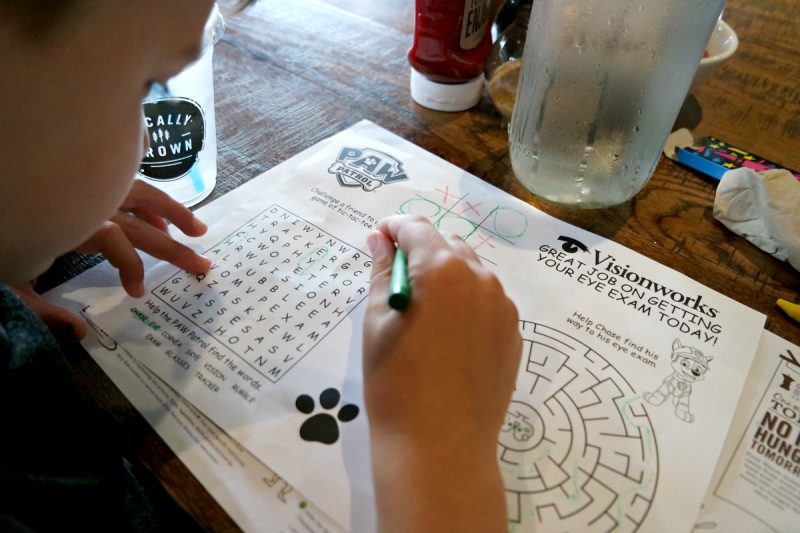 His glasses were ready by the time lunch was over. 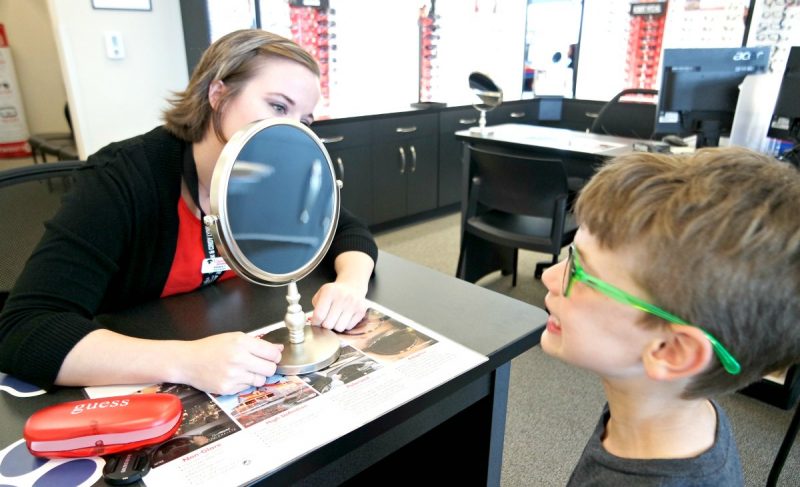 Buy Two Pair (If You Can)

My Simon is a bit of a wild child, and I was very nervous about how quickly he might break his glasses. Lucky for us, Visionworks had several packages that offered two pair of glasses at a discounted rate. Clearly they know kids and glasses. 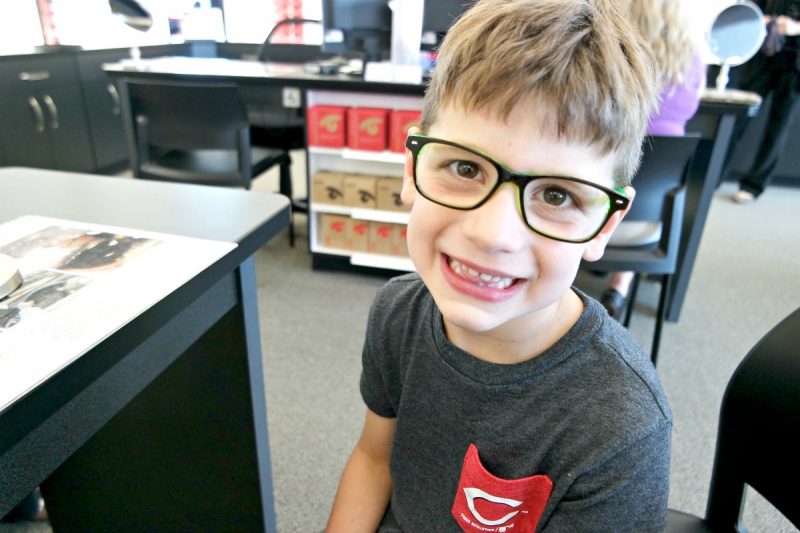 Make it a special day

Getting glasses is a really big deal, so I wanted to make it a special day. After his eye exam, lunch and picking up his glasses, I took Simon to his very first Cincinnati Reds baseball game. 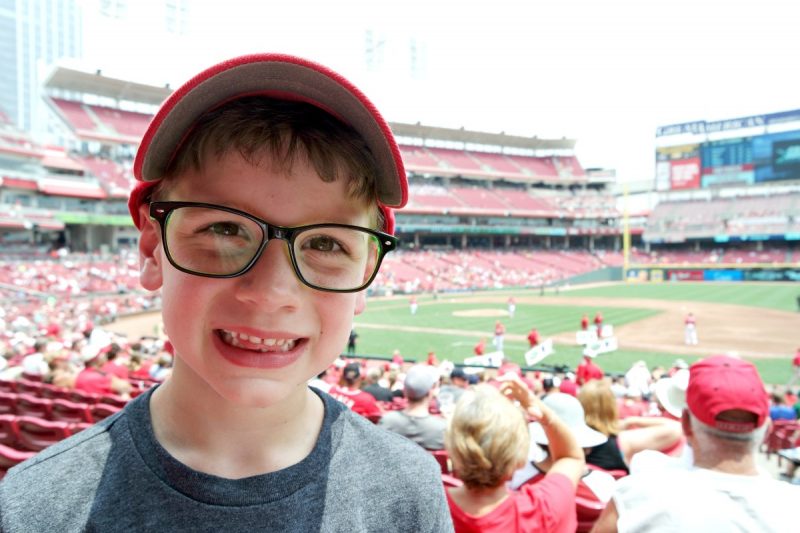 He was in heaven.

He said that he especially liked doing something without his siblings. Throughout the entire game, he kept taking his glasses on and off to see what a huge difference they made. 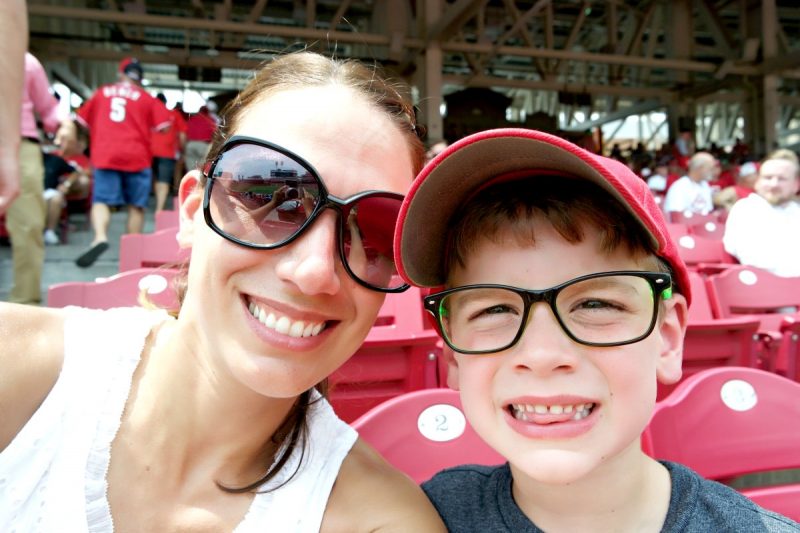 Once we got home, I made sure Simon had lots of practice on the proper way to put his glasses in his case.

Simon doesn’t need to wear his glasses during gym or recess, so he takes the case to school with him every day for safe keeping.

For now, I’m in charge of cleaning the lenses, but I’m sure he’ll be able to do that himself in no time.

Talk to Your Child’s Teacher

On the first day of school, I made sure to email Simon’s teacher to let her know that glasses were new for us. 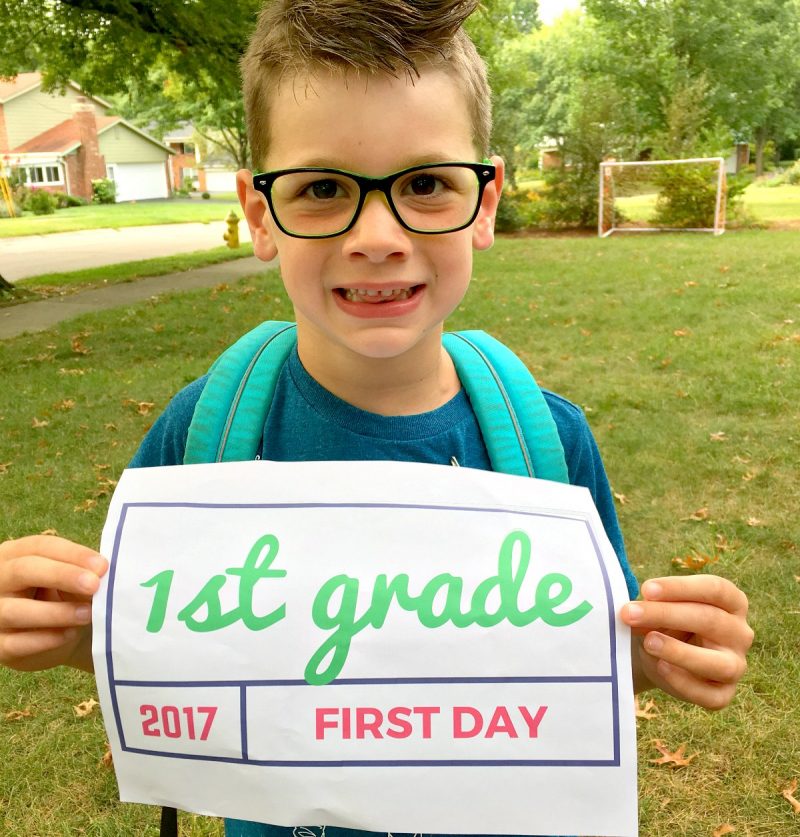 I explained that he was supposed to wear them all day except for recess and gym and to let me know if he wasn’t wearing them or seemed distracted by them.

So far, he’s been doing great. It’s like he’s had glasses forever.

Be sure to visit Visionworks.com to find a location near you and to schedule your child’s (or your own) eye exam today!

This post is sponsored by Visionworks. All opinions are my own.