Most of the time, I don’t really have anything to cry about. But then something will happen – usually when I have PMS – and the floodgates open.

The floodgates used to open more often when I was younger – mainly at movie theaters – where I would be shushed and stared at as I sobbed loudly.

At my brother’s wedding, I’m surprised that my sister-in-law didn’t turn around and punch me in the face – that’s how loud I was crying.

Tears of JOY, by the way. Just in case that wasn’t clear.

These days I go so long between crying fits, that it’s like my body has to play catch up when I do cry.

So there I was on Saturday night. The kids were in bed. Even Steven was reading a cycling magazine, and the movie We Bought a Zoo was starting on HBO. (Side note: we’re lame.)

Oh my gosh, I thought. This will be the best movie ever! Matt Damon AND animals? I’m going to watch that. I’m going to laugh. It will be so much fun. 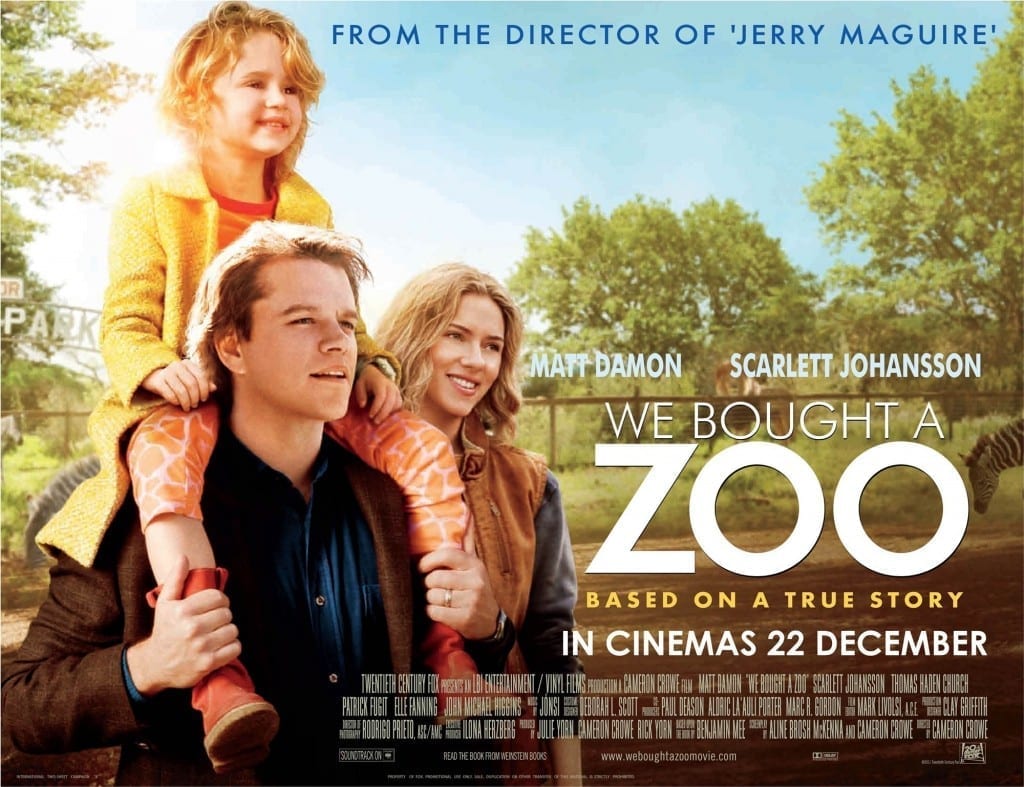 Ummm… am I the only person on earth that thought that movie was going to be a comedy?

Well, let me tell you something. It’s not.

I had a lot of backed up tears over those seven years.

And they all came out on Saturday night. Seriously.

I was covered in snot. There were tear stains on my sweats. I sounded like a dying animal.

Mid-way through the movie, Even Steven looked up from his magazine, saw me bawling my eyes out.

Then he went to bed. Smart man.

And even when I knew I needed to turn off the movie, I couldn’t. I had to see it through to the end, and then it just got that much worse.

Well – the ending was actually pretty great – but I couldn’t stop the sobbing. And then I had a headache from crying so hard, and my ribs were hurting.

It was no joke.

When the movie was finally over, I suffered through “after-sobs” for the next 45 minutes. You know what I’m talking about? How you shudder while you’re breathing and you never know when a random sob is going to break through?

And then I thought about waking up Even Steven so that he could hold me while I cried, and I could beg him not to buy a zoo.

Or to buy a zoo if he really wanted to, but to know that I don’t have any circus money. (If you see the movie, you’ll know what I’m talking about.)

And then I started feeling guilty and sad for quitting my job because I can pretty much guarantee that I’ll never have any circus money to leave for Even Steven. And how’s that going to help him?

But I didn’t wake him up. Because I knew that he would just tell me to go to sleep.

I eventually did go to sleep. And I woke up feeling fine – but my ribs were still sore, so I went ahead and counted my crying fit as my weekend workout.

And now that you know that I might have a touch of PMS this week, what other movies do you think I should avoid?