Our Favorite Glow in the Dark Games 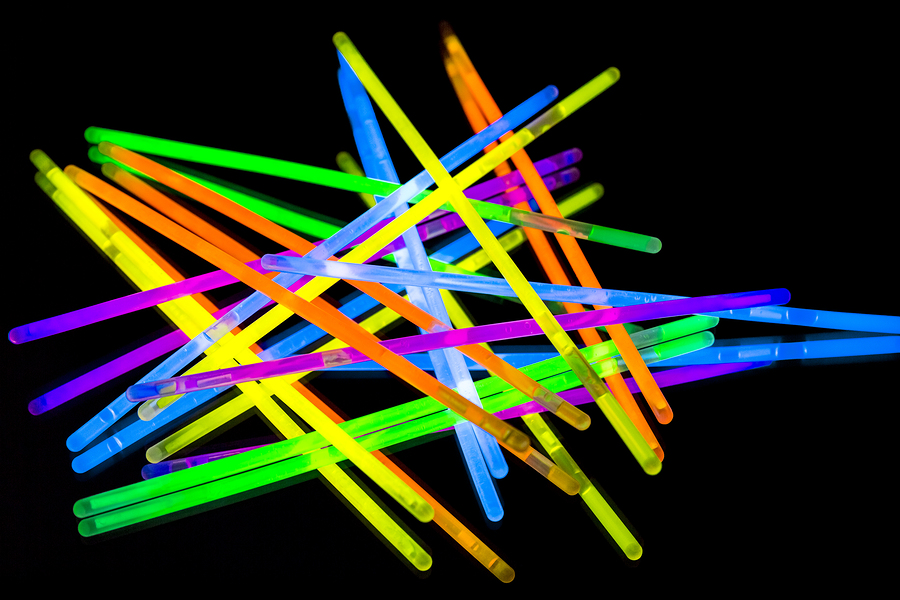 Glow in the Dark Game Supplies

First, let’s talk about the supplies you might need for glow in the dark games. It goes beyond just glow sticks! Here are some ideas (and links on Amazon) to get you started.

Glow in the Dark Beach Ball

Glow in the Dark Arm Bands

Glow in the Dark Balloons

Glow in the Dark Spike Ball

Glow in the Dark Capture the Flag Set

Glow in the Dark Basketball

Glow in the Dark Football

Glow in the Dark Party Cups

We Love Glow in the Dark Games! 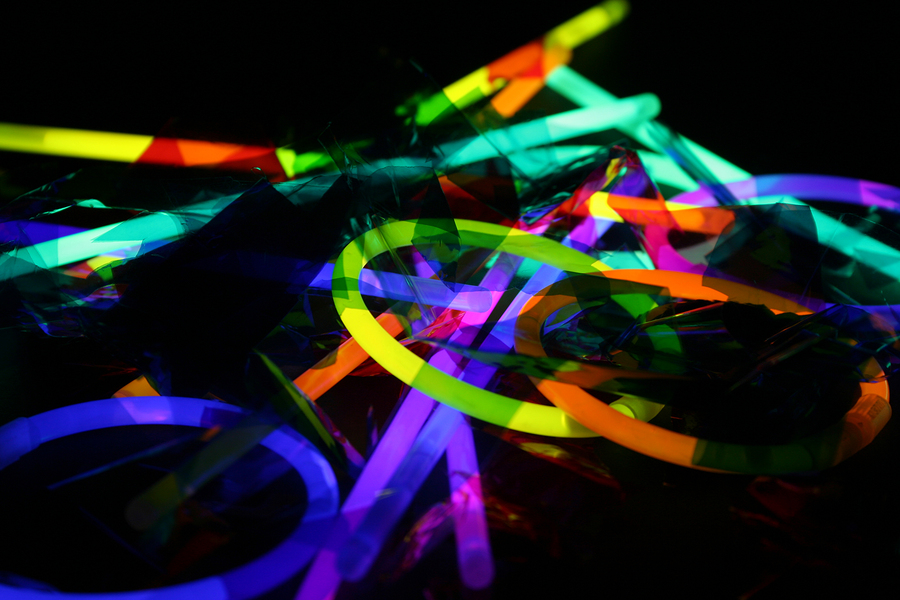 Nothing is better than an evening outside hanging around the fire with the fam. These nights are even more fun if Even Steven and I get to enjoy the fire while watching the kiddos run around the yard happily playing together.

I’ve found the play can last even longer if they have some glow games to keep them occupied. Here are some of our favs.

Our Favorite Glow in the Dark Games 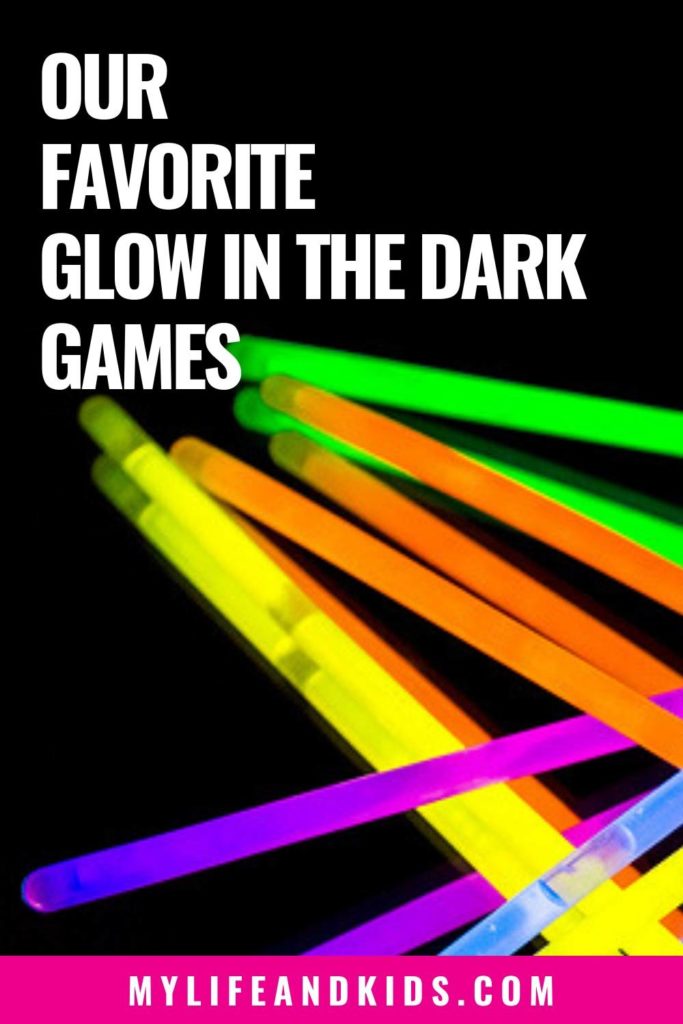 Glow in the Dark Keep it Up: A cooperative game

Number of players: at least 2

Materials needed: round balloon and glow stick (or glow in the dark balloon)

Prepare your balloon:
Step 1: Put a “lit” glow stick in a balloon
Step 2: Blow up the balloon (old school blowing up with your mouth works just fine)
Step 3: Tie it off and you’re ready to play

How to play:
All players stand in a circle (or across from one another if just 2).

Players yell out “Mine” when they go to hit it up.

Players can count how many times they hit the balloon up in the air before it hits the ground.

Keep track of how many hits and try to do better than your last number.

Number of players: at least 2

This is a simple yet fun game to get your adrenaline going on those warm summer nights. It can be played in a backyard, front yard or even large basement… as long as it’s dark!

One person hides 20 or more glow sticks. Make two teams (can be as few as one person per team). Once glow sticks are hidden, the teams have one minute to find as many glow sticks as they can. At the minute mark, both teams stop searching and come back to see who found the most sticks.

Glow in the Dark Capture the glow stick (or glow ball)

Number of players: 6 or more (the more the better)

Materials needed: 2 glow sticks or glow balls (can be anything that glows and easily seen)

What’s more exciting than sneaking around the backyard on a summer night?! This game has two teams– each team should have at least 3 players.

Split your yard or play area into 2 sections– a tree or other natural divider can be used (no need for rope or tape!) Each team selects a captain to place their glow stick on their side in plain sight (or hidden if kids need more of a challenge).

Each team tries to sneak to the other side to capture the glow stick and bring it to their side. When you’re in the other team’s space– you can get tagged by a member of the opposite team. Once tagged, you need to freeze. The only way you can be unfrozen and run again is to be tagged by your teammate.

It’s a game of speed and strategy.

Which team members will try to grab the glow stick and which ones will stay back and try to tag the opposing team?

The glow stick cannot be guarded– in other words you must leave about a 5 foot area of space between the glow stick and yourself and no barriers can be made around it either. Once you have the glow stick you can toss it to another teammate to try to get it as quickly as possible to your side of the play area. The first team to do so wins the game.

If all of the players on one team get frozen, play stops and the other team automatically wins.

Click here to see all of our fun games – including: 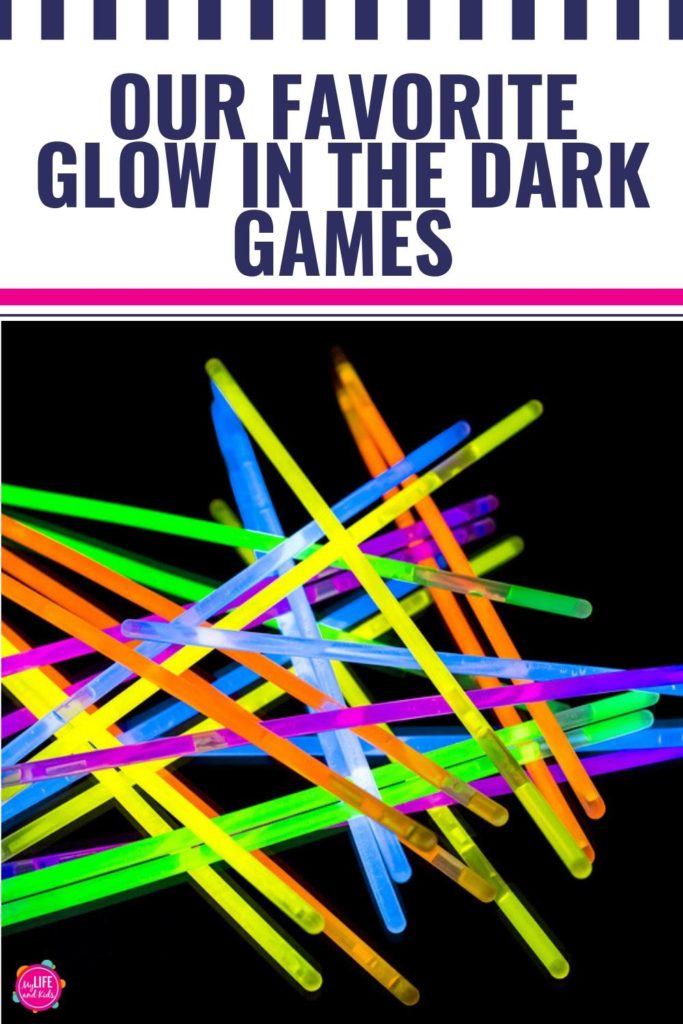