In our first Thanksgiving as a married couple, Even Steven and I hosted at our house. Several of his family members flew and drove from out-of-town to be with us.

Even Steven and I got up at the crack of dawn to put the bird in the oven. 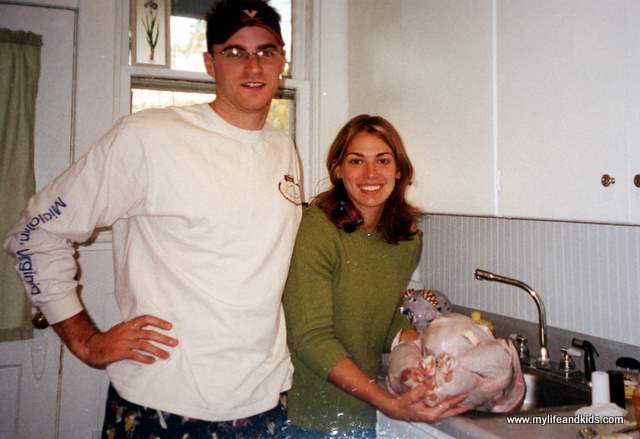 I set the table (well, 3 tables shoved together) with all of my wedding gifts. (And I used martini glasses as the centerpiece – what else?) 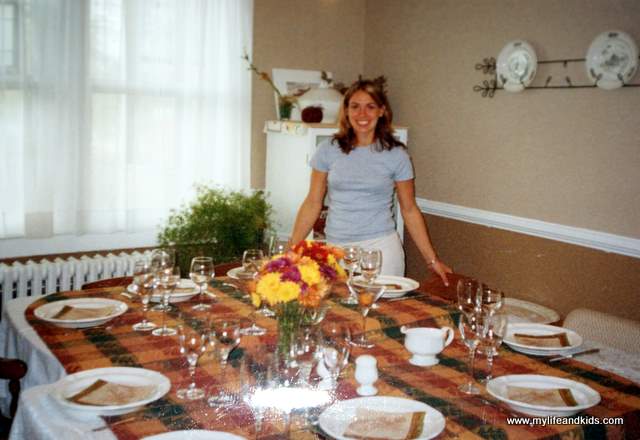 Everything was going according to plan. The pies were cooling, the green bean casserole was just coming out of the oven. Water glasses were being filled. The turkey was “resting,” and the potatoes were being mashed. When we realized that we didn’t have any gravy. And none of us knew how to make gravy…

So Even Steven’s aunt and I decided to figure it out ourselves. We took the turkey drippings and placed them in the only clean dish left in the house.

And we put a glass Pyrex casserole dish on the stove top to start heating up the drippings and making gravy.

I’m sure you can guess what came next. 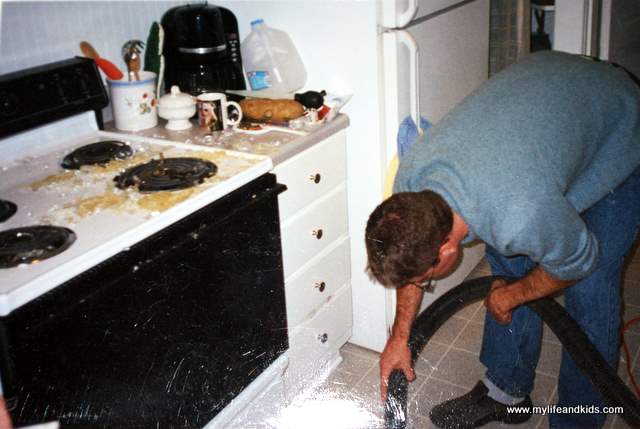 Within just a few minutes, the Pyrex dish shattered all over the kitchen – sending shards of glass everywhere. The next several minutes were a blur…

Even Steven got the shop vac from the basement and started cleaning up the glass.

Aunt Pat strained the potatoes through paper towels to get the glass out (yup – we totally ate them).

Even Steven’s mom started over with the ice and water.

And I still have no clue what we did about gravy.

Despite the mess (and my terrible cooking skills in general), it was a Thanksgiving that I will never forget!