In case you didn’t hear me shouting from the rooftops, my wild child Simon went off to school for his first day of kindergarten this week.

I’m not sure who was more excited. Me or him. 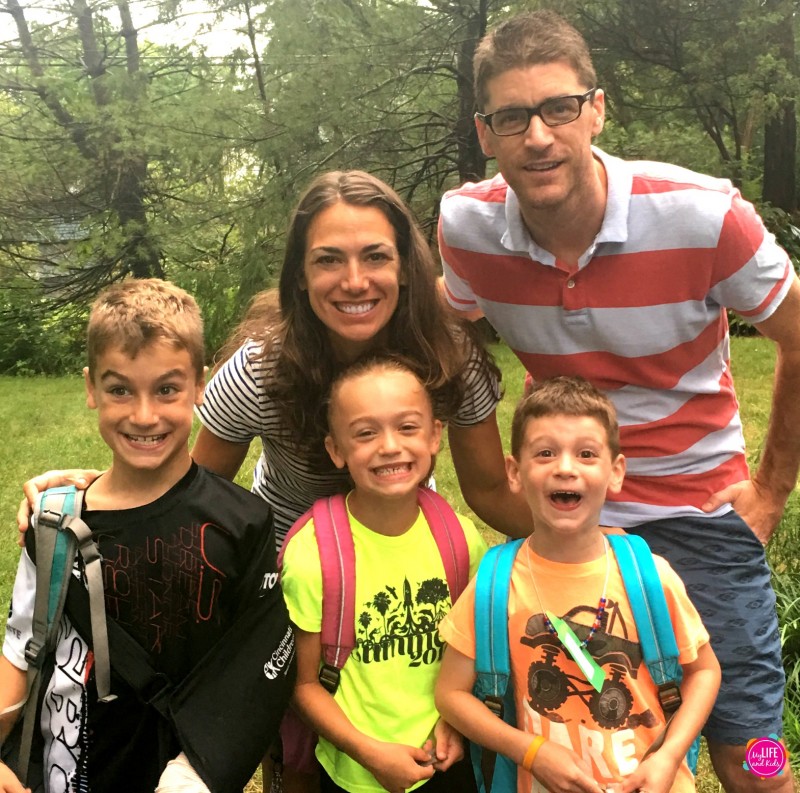 We’ve talked about it for months. He’s watched Miles and Alice get on the bus without him for years. He took a test ride on the bus and took a tour of the school and got to meet his teacher. (I wished her luck and told her to call me.)

And when the day finally arrived, he was SO READY. 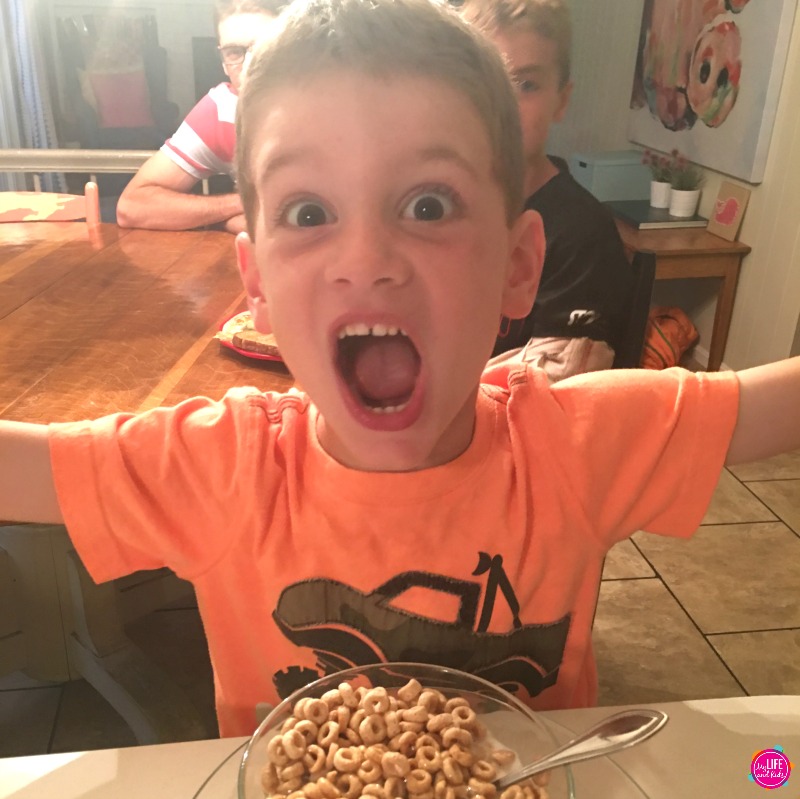 We were all awakened at 5 am by a raging thunderstorm – a final and official warning to all of his teachers and classmates – SIMON IS COMING TO SCHOOL!

He spent the morning trying to get used to his new school routine (which involved actually getting dressed AND wearing underwear.) He then practiced giving himself wedgies “just in case anyone messes with me.”

And as it was getting time for the bus to come, we did all the usual first day of school stuff. We took pictures, and hugged, and he jumped up and down in excitement. 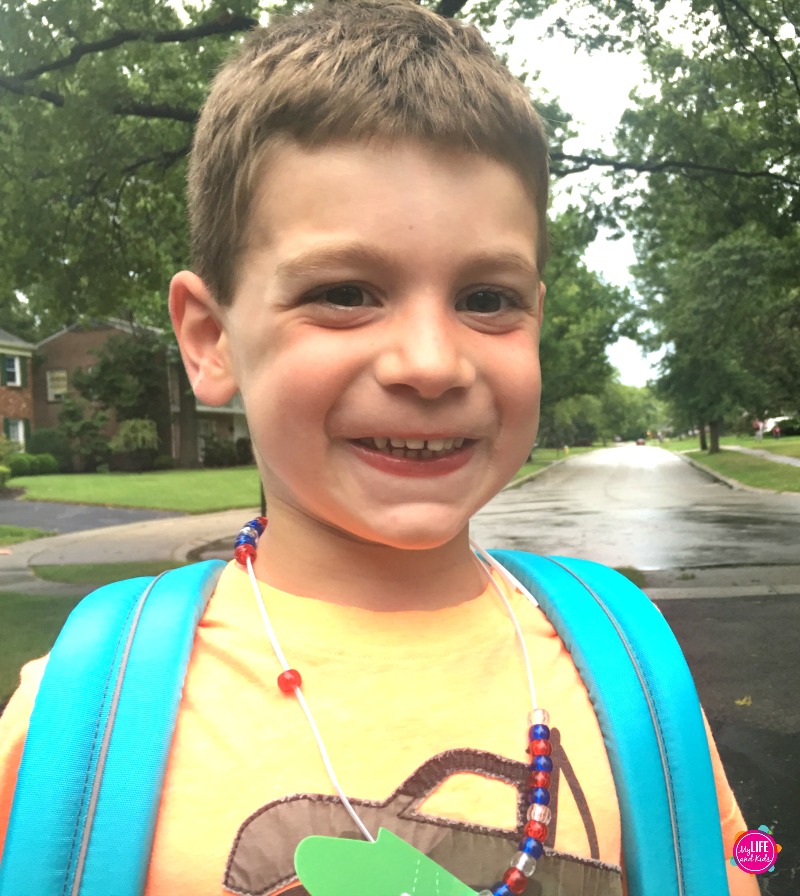 And then the bus was pulling up and Miles and Alice were dragging him towards the end of the driveway.

He was all joy and excitement, but there was one small moment of hesitation when he reached back and gave me the tightest hug ever. 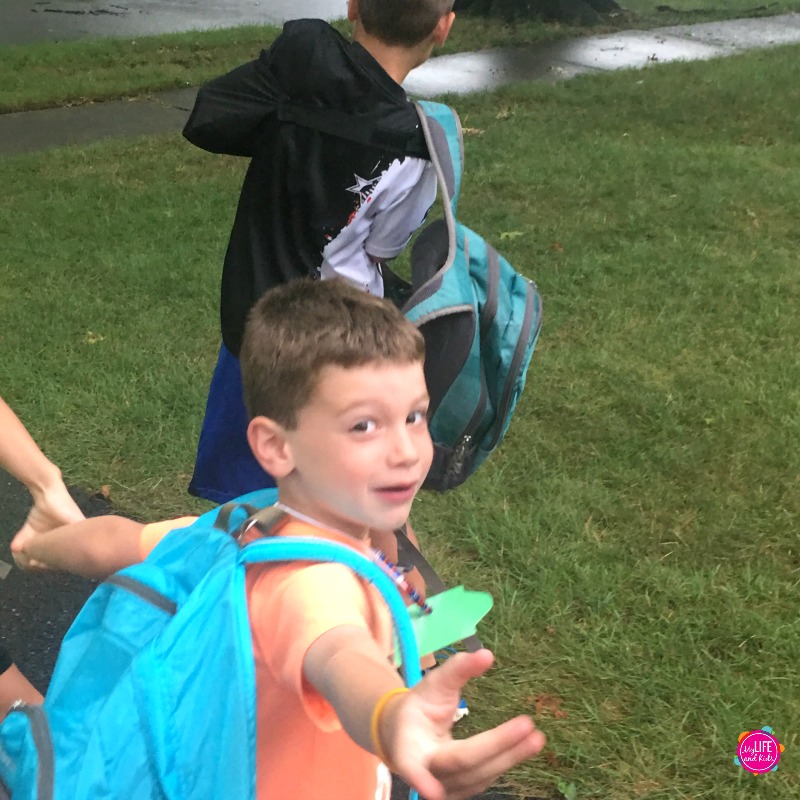 Before I knew it, he was home again, and I’ve never had a child more excited to tell me about their day.

“You know how you said that the first day would be a ‘piece of cake?’ You were totally right! It was a piece of cake!

I got called down to the principal’s office zero times and my teacher only had to remind me to use my walking feet five times! IT WAS EPIC.

Oh, and the very best part was that I got to draw a picture of a blue Power Ranger.” 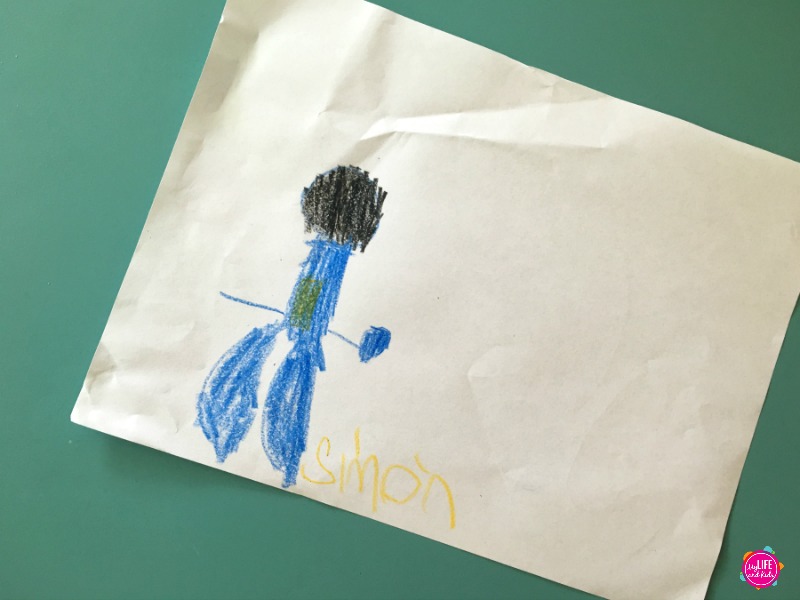 I have questions that I usually ask my kids after school to get them talking (you can see them all here), so I started using a few of them on him.

In all of my years of asking his older siblings, Simon was the only one that could answer this question – and he didn’t even think it strange that I asked.

ME: Simon, what color were your teacher’s shoes?

SIMON: Beige. Did I tell you about the picture I drew of a blue Power Ranger? It was so cool!

After 10 minutes of telling me about his day, he was sound asleep in his pajamas at the bottom of the stairs and stayed that way until dinner. 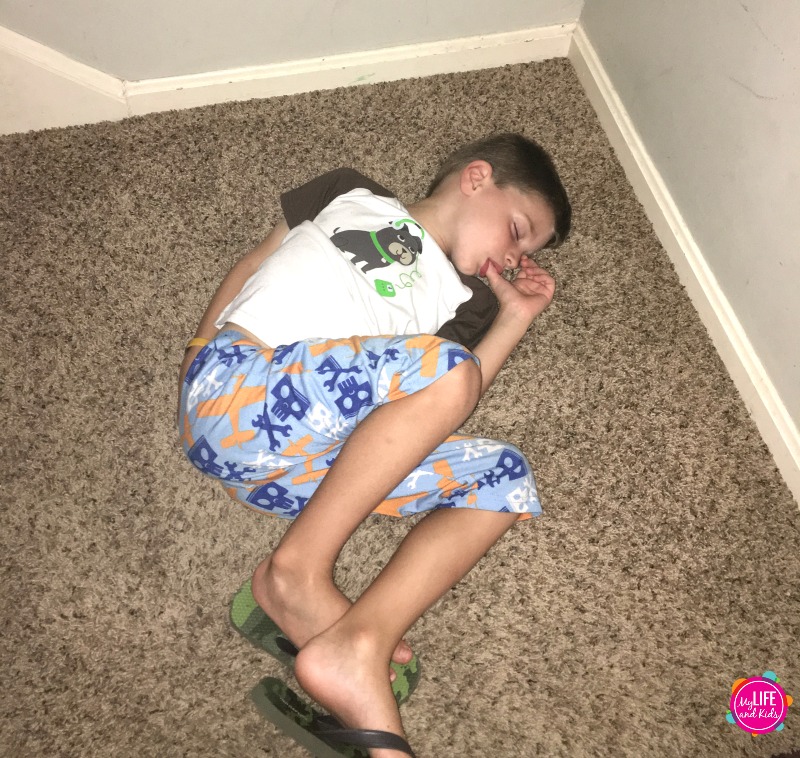 Day two was even better than day one according to Simon, and I have no doubt that his days will continue to be “epic” – because pretty much every day in Simon’s life is epic. (In case you didn’t know.)

PinterestFacebookTwitterEmail
Related Items
← Previous Story Wear Your Socks: My Advice on Labor and Delivery
Next Story → Lies My Mother Told Me: Part II