One day last week, Even Steven called me during naptime.

Even Steven: “Fine. Listen – a guy I work with is dropping something off at our house. Can you run outside and meet him? He just pulled into our neighborhood.”

Even Steven: “Can you just go? I have to work.”

I could tell from the tone of his voice that this was the face he was making. 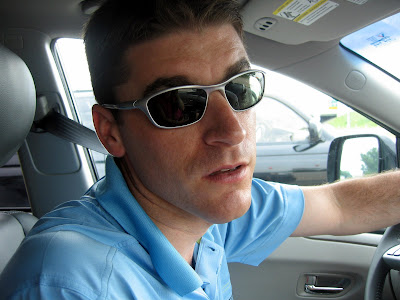 As I waited for his co-worker to stop by, I noticed a young(ish) man riding his bike towards our house. I noticed this for two reasons:

1. He was very, very cute.
2. We live in the suburbs. It’s rare to see a man of his age riding a bike in the middle of the afternoon.

At first I thought it might be my post office boyfriend, but this man was much, much cuter.

As he got closer, he got cuter. And he was smiling at me.

And it was Even Steven! Riding MY NEW BIKE that he bought for me as a surprise!

I love that man.

He was driving the minivan around the neighborhood one day and saw a bike tied to a mailbox with a sign that said, “Make me an offer.”

Even Steven knocked on the door, made the man an offer he couldn’t resist Then he got to work fixing up my “new” bike. He spent hours polishing it (did you know that aluminum foil and vinegar make chrome look like new?) And he took it to a local bike shop to get it tuned up. This was all done over a period of several weeks with his entire family in on the secret. My bike sat in his mom’s garage for awhile until he could take it to the bike shop. Then it sat in his brother’s garage for awhile until he could clean it up. And then just as he was planning on riding it from his brother’s house to ours, it started to rain. So his brother dropped him and the bike off at the top of our neighborhood for Even Steven to ride up and surprise me.

I am now the proud owner, of a 1972 kelly green Schwinn bicycle. 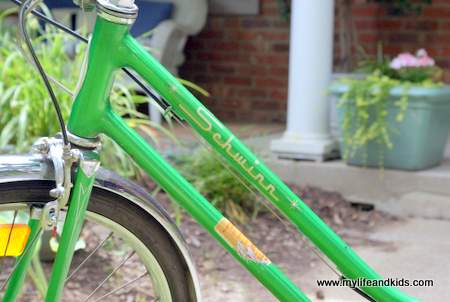 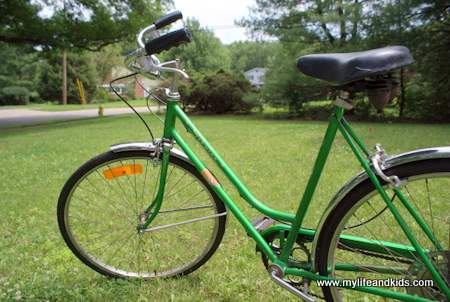 Of course, we hooked the bike trailer up immediately, and Miles and Alice got to go for a ride. 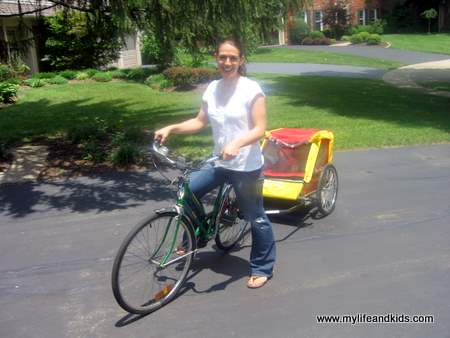 Helmet, basket and bell coming soon!
Even Steven and I have been married nine years today. And, clearly, he keeps getting cuter and cuter. 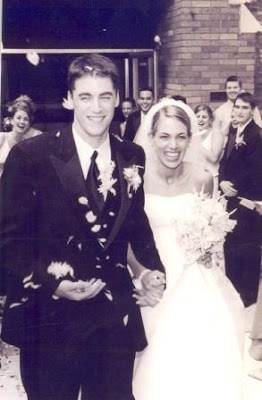 FacebookTwitterEmail
Related ItemsBlog
← Previous Story Why’s that lady looking at your bottom?
Next Story → Blast from the Past: Bring the Powder