My Mom is Back – and Flying High

My mom is back for another guest post today. And – as usual – she doesn’t disappoint.

My husband is a good looking man.

It’s not up for debate.

He was cute in high school, and became even more handsome as he grew up.

Robert Redford has nothing on him… except for money. 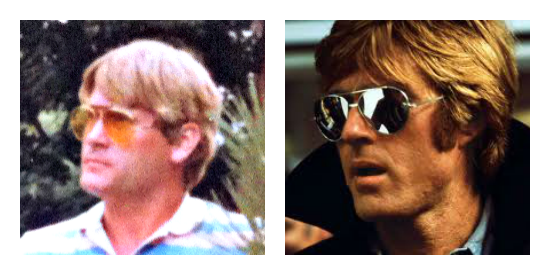 Both of these pictures were taken circa 1986. Hard to tell which one is my husband and which one is Robert, isn’t it?

I tell you this because I had to fly to Florida this week to see my grandsons and although I absolutely hate to fly – I always have stories from my flights.

For me, flying is an adventure in human behavior.

I also have extreme motion sickness.

So extreme that when the little ones would come into my counseling office and start rocking back and forth as they talked, I would have to ask them to stop.

So you can imagine that flying is a challenge for me.

I can’t read or look at print while on a plane.

Which leaves me with books on tape (which sometimes results in me listening to entire audiobooks on shuffle.)

My preference is to get a seatmate that likes to talk. I don’t care what they talk about or how old they are for that matter. Just so they talk and distract me.

My husband is the opposite.

He likes to fly silently and enjoy the view – perhaps read a bit or meditate with the clouds.

He doesn’t even talk to me.

So over the years I’ve decided it’s pointless to sit together.

He is also 6’4″ and needs leg room. So I buy him the expensive seats with the extra room, and I sit a few rows back. It works for us.

Except for the fact that on every flight we take together, I have to watch the flight attendants flirt with him. They refill his coffee without him asking (never mine). They sneak him extra packs of cookies (never me.) They offer him pillows (never me.)

But enough about him…

It was years before I figured out that a Dramamine could take away the nauseousness as well as the anxiety that flying provoked.

While it helps with the nausea, I still can’t read on a plane. And – unfortunately – it also makes me stupid.

It’s like drinking a bottle – okay a glass – of wine.

Feel lousy for a day when I land… but I don’t get anxious, and I don’t get sick. For me it works.

This past week during my flight to Florida (to visit my son the Doctor), I was seated next to the window and a very attractive middle-aged woman was on the aisle.

She was very pretty with great bone structure and a fabulous Louisiana accent.

Just as the plane was about to pull out of the gate, a large middle-aged man in a flannel shirt took his seat between the two of us. He got himself situated and then proceeded to pull out a piece of paper.

“Have you ladies seen the 2014 Hooter’s Calendar?”

My Louisiana seatmate and I looked at each other and raised our eyebrows.

“Well here it is!” He opened his paper which featured 12 Owls.

One for each month.

And then he laughed and laughed.

I decided that no matter how loopy I was on Dramamine, I really didn’t want to talk to him all the way to Florida, so I got out my headphones.

Taking my cue, he turned to my seatmate and said, “Boy – you’re purdy.”

As she began to open her book, he added, “I should have you sit in the middle and you could be the Rose between two thorns.”

I put on my headphones and looked out the window for the rest of the trip.

Maybe I should re-think wearing two pair of glasses at a time. It’s obviously not a good look.