How to Keep the Cats Out of Your Sandbox

We have a cat problem at our house.

There are several cats that roam the neighborhood.

They’re fun for the kids to watch out the window or “meow” at on walks.

But they’re not so fun when they’re lounging on my front porch or in my sandbox.

After spending an entire summer not being able to use the sandbox – thanks to the neighborhood cats that had taken it over – I finally decided it was time to take action. 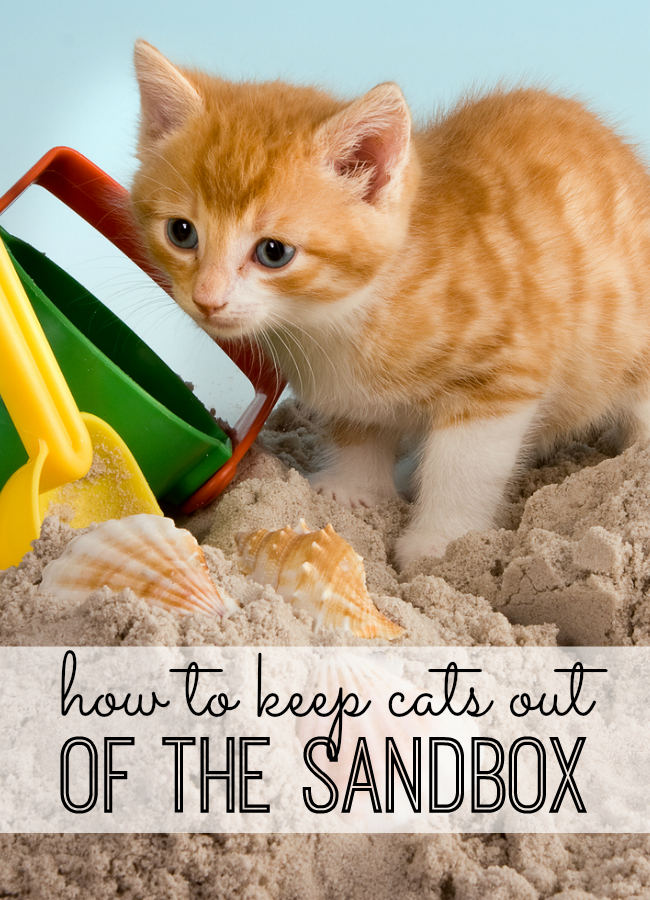 I did some research, and I wasn’t thrilled with my options:

I could put up a fence (not an option)

I could purchase a cat repellant from the pet store (it wasn’t cheap, it wasn’t guaranteed to work, it had to be used daily, and I wasn’t thrilled with potentially spraying chemicals where my kids would be playing).

I could sprinkle cayenne pepper around the sandbox (but this isn’t necessarily safe for the cats and could actually harm them.)

I could ask the zoo to donate lion dung and sprinkle it around the perimeter of the yard (as fun as that sounded, my house smells like poop all on its own – I really couldn’t picture adding a stockpile of lion dung to the mix).

So – Even Steven and I concocted our own cat repellent, and it has been working well for nearly two years now.

Once a week or so: 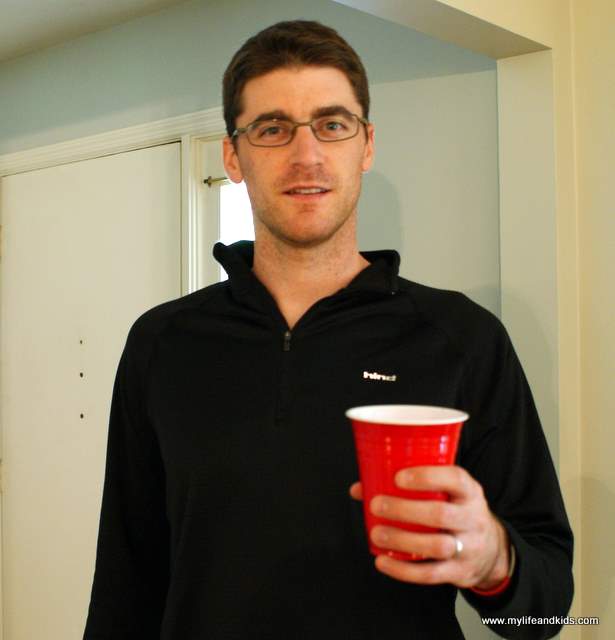 Even Steven pees in a cup.

And then he pours it around the perimeter of the sandbox.

The cats stay away – and we don’t have to pay money, spray chemicals or drag home lion dung to keep them away.

And – no – Even Steven doesn’t just pee straight into the yard. We try to maintain some level of class…